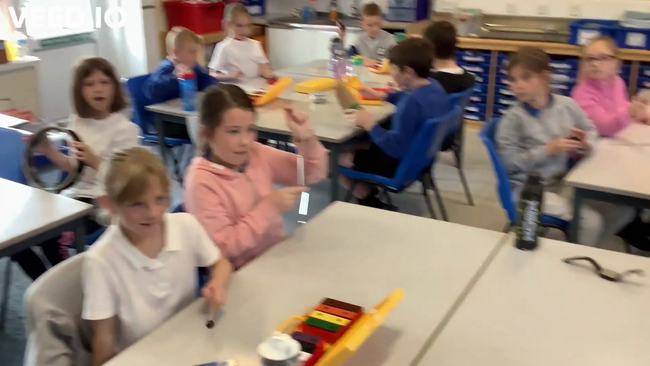 This term, in our music lessons, we have been listening to different songs by Abba. We have progressed onto using chime bars and percussion instruments as accompaniment. Hope you enjoy our version of Mamma Mia!

Our year 4 team includes Mrs Tomlinson (class teacher ) Mrs Waite (teaching assistant) and Mrs.Wylie (teaching assistant) During year 4, the children work around cross-curricular topics, which change every half term. These themes link to English, Maths and Science where possible.
Violent Volcanoes (Autumn 1)
During this term the children will investigate volcanic eruptions and particularly study the impact of the eruption of Mount Vesuvius on Pompeii.

The children will find out about the invasion and settlement of the Romans in Britain and the effect that this has had on current ways of life. They will also learn about what it was like to be a Roman soldier and the organisation of the Roman army.
Amazing Antarctica (Spring 1)
In this topic children will learn to investigate different places and make comparisons between Antarctica and where we live.  They will also learn how to use atlases, globes, maps to describe what places are like, where they are and environmental issues.
Enterprising Explorers (Spring 2)
Using the text Shackleton's Journey by William Grill as a focus, the children will write diary entries, letters and newspaper reports. They will recall, select and organise historical information about Antarctic explorers – Shackleton, Scott and Amundsen and their expeditions to the South Pole.
The Titanic-(Summer 1)

This term we will use a range of historical information to learn all about the events leading up to the disastrous sinking of 'The Unsinkable Ship.'The children will plot Titanic's journey and carry out a debate into whether the disaster could have been avoided.

Digging up the past (Summer 2)