The Adventures of Bobby and Bonnie

Winnie in Y3 asked lots of questions about Bobby. Here are the answers Winnie!

1. Is Bobby a good dog or a bad dog?
Bobby is a very good boy, he sometimes does naughty things but he's only playing and doesn't really know that humans don't like their things being chewed! He's learning all the time about how to behave in a way that makes his humans happy. He really wants to make us happy and loves being told he is a good boy.
2. Is he house trained?
He is now! We have an old bell hanging on the door handle of the back door which leads to the garden and Bobby actually rings this bell to go out in the garden! He now asks to go out if he needs the toilet but this took some time and patience! He occasionally has the odd accident but these are very rare now.
3. Is he fast or slow?
Bobby is VERY fast especially if he is excited. He walks with you when you go for a walk and likes to run off in front. When my children run with him, he chases them and thinks it's great fun! If Bobby goes out for a walk, when he comes home he races round the house at 100 miles an hour. If he has a bath outside, he whizzes around the garden at top speed!
4. What is his favourite food?
Bobby likes ANY food, he is completely oblivious of whether it is good or bad for him and if he hears a packet rustling, he jumps up like a meerkat! Bobby steals our cat's food and he even pinches anything we put out for the birds. He watches his humans eat and looks offended if he isn't offered any. My daughter says he is very greedy.
5. What is his favourite toy?
Bobby has lots of toys in a box and I don't think he has a favourite as he gets them all out. If I had to choose one, I would say it is the squeaky one. I always said I would never buy a squeaky toy but he does like the noise it makes when he chews it. He also thinks our cats are there for him to play with and likes to chase them. They are wise to this now and they bat him away with their paws.
6. How old is Bobby?
Bobby is nearly 6 months old. He has grown so much! When he first came he was smaller than both of our cats but now he is much bigger!
7. Does he wake you up in the morning?
Bobby is very good. He goes into his crate at night and curls up to go to sleep. He doesn't make a sound until about 7:30am - 8:00am. If I go upstairs for something, he sometimes whines at the bottom of the stairs because he wants to come up too. (He's not really allowed upstairs).
8. When you tickle his tummy does his legs twitch?
Bobby loves tummy scratches, he will lie on back and yes, his leg twitches when you scratch his tummy. He 'cuddles' my daughter Rose. 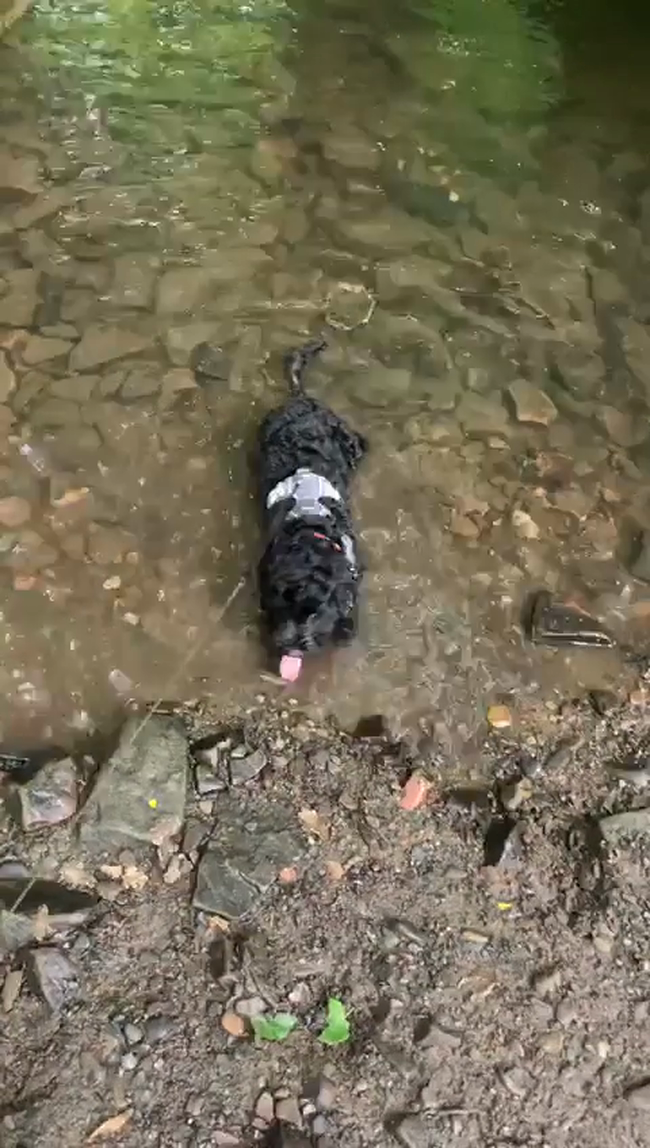 Bobby went for a walk. He was next to the river and went and laid down in the water. Bobby was a bit smelly after that and had to have a bath! He's looking forward to taking Bonnie swimming too!

As you know, Bobby arrived at Mrs Bell's house on Mother's Day 2020. Bobby is a black cockerpoo and he was born on the 25th January 2020.  He arrived just before 'lockdown' and has loved being at home with all the family!

When we return to school, I hope that Bobby can come and say hello to all the children because he loves fuss and attention! You may have seen Bobby because he appeared on the teacher's video for children. You will be able to catch up on his adventures, here, on the school website. Some children have sent in pictures of Bobby so I will add them here!

Bobby has a new friend called Bonnie! He hasn't actually met her yet, but he will share this page with Bonnie and you can find out all about their adventures! Bonnie arrived at Mrs Lawton's house not too long ago and she is only a little bit younger than Bobby. I think they will be great friends.

Keep checking for updates on Bobby and Bonnie as we share what they have been getting up to. They both LOVE children.

Bobby loves to meet people and dogs. When we had the warmer weather, our neighbour's dog came to play. This is Bobby and Milo waiting for a treat. Milo is 18 months old and they had both been racing round the garden. After they had been racing around, Bobby was really hot. Luckily we still had the sandpit that Mrs Bell's children had used when they were little, so we filled it with water and guess who jumped in! 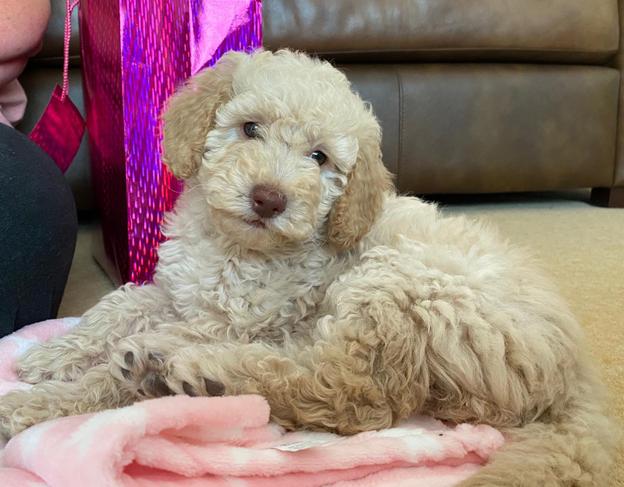 First day in my new home

I’ve been wanting to write to tell you about Bonnie so here goes....

There were three puppies in the litter, she has a brother and a sister.

It is so exciting watching Bonnie discover things in the world for the first time.

Bonnie sleeps well- her bed is in a crate to make sure that she is safe whilst we’re asleep because she is quite mischievous.

Bonnie is very inquisitive, funny and loves playing games. Her favourite game at the moment is finding treats hidden in small cardboard boxes or tubes. She also loves stealing shoes and chewing on the laces! 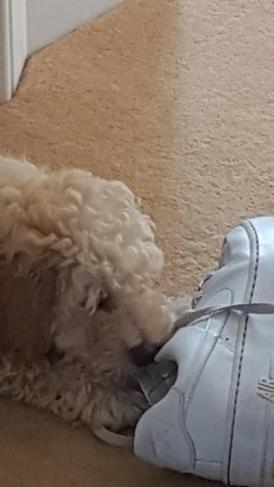 Today she decided to put her head under the running water tap in the garden. 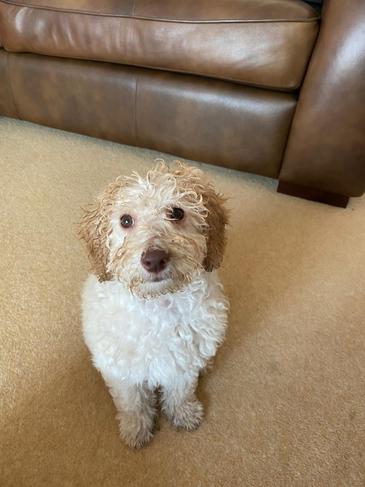 I put my head under the cold water tap in the garden to cool me down.

Bonnie plays for a little while (often racing around at top speed!) and then needs to have a little nap. 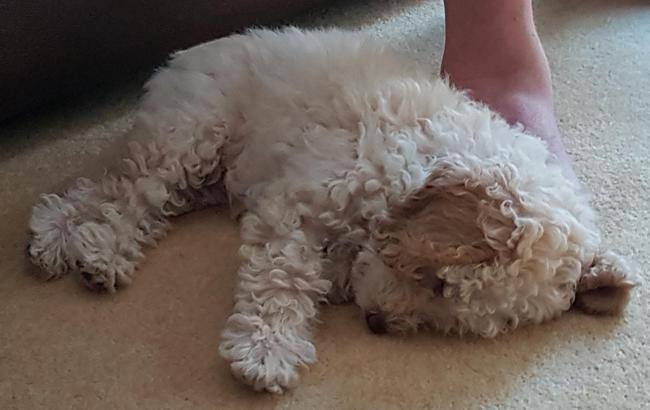 It’s hard work being a puppy!

Bonnie just can’t wait to meet Bobby. Think there could be trouble when they’re together though!

The artists in our school have been drawing or painting pictures of the lovely Bobby and Bonnie...

Bobby in his harness by Theo Y3

Play date with Milo and straight in the water!

Bobby is going for a haircut...

Bobby and his brother and sisters

Bobby in the garden 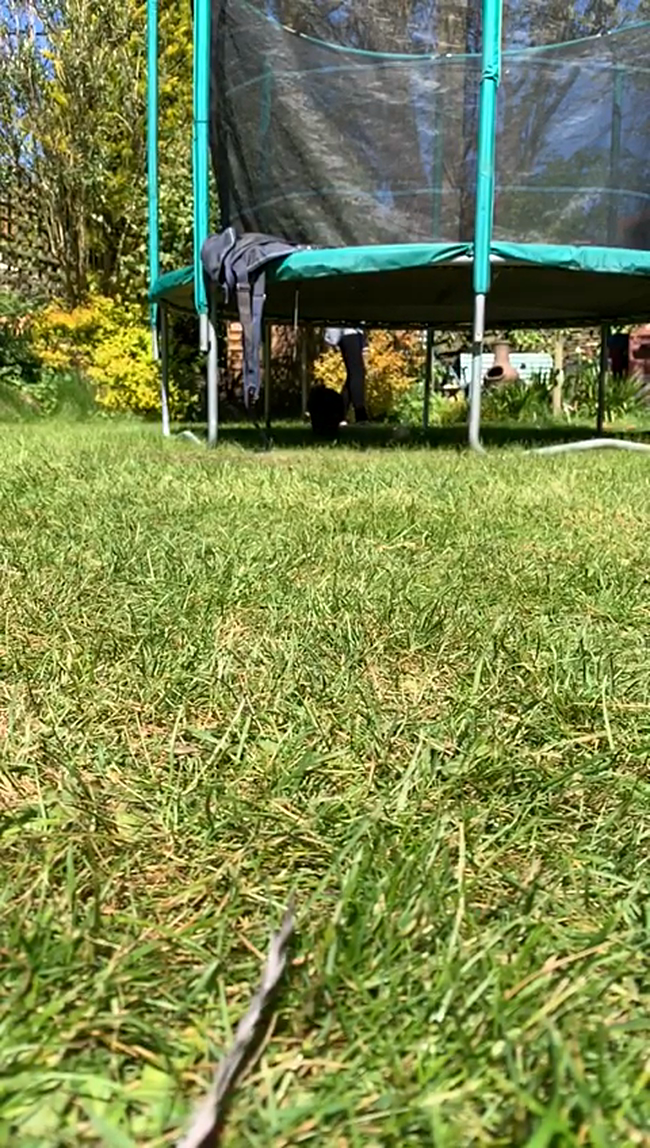